Home Alia Bhatt Alia Bhatt and Ranveer Singh have started with the shoot of their new film.
395 views
2 minute read

Alia Bhatt and Ranveer Singh have started with the shoot of their new film.

A well-known actress Alia Bhatt and a well-known actor Ranveer Singh has started the shooting of their new upcoming film “Rocky and Rani ki prem Kahani “under the well-known producer Karan Johar.  Karan Johar and Alia Bhatt have shared this on their social media account. They have shared the first day of the shooting. In that, we can see the Indian look of the actor and actress. Alia Bhatt has worn an Indian saree and put a bindi on her forehead. She is looking traditional, cultured, and stunning because of her Indian wearing. On the same hand, Ranveer sing has also put proper Indian wearing. Producer Karan Johar has shared his first-day shoot and we can see that all lights, camera, and action moves were practised by Ranveer Singh.

He has captioned one message with his shared video. He wrote,” The day is finally here & I have so many feelings going on in my head but what emerges at the top is – gratitude! As we begin our Kahani ka first schedule, seeking all your Pyaar & aashirvaad! It’s time to roll! “. One of the fans replied as “Can’t wait “, “Best wishes ” and many more nice comments are their on this post that Karan Johar has got.

Alia Bhatt and Ranveer Singh on first day of shooting

In his post fans have given the best wishes and also congratulated him for his upcoming film and success. Alia Bhatt has also shared about this on her Instagram account. She wrote,” too many feels to fit in a caption. She has also been congratulated and blessed with best wishes by her fans.

For more interesting news related Bollywood visit us on :- https://bollywoodcelebritynews.in 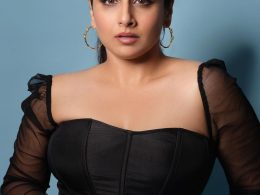 Vidya Balan showed such a look wearing a slanted top of light cloth, do not see these pictures for the weak hearted