TikTok Star and daily soap famous actress Avneet Kaur have shared her se*y photos in a bathing suit at the seashore.

Avneet Kaur is one of the famous actresses on television. she has worked in a lead role in the daily soap name “Aladdin”. After that, she became the TikTok Star. From there she has gained a lot of fans and followers. Now she uses to put her daily chores on her Instagram account. Recently she has shared her photos in a blue suit near the seashore. Her fans have praised her for her new look. She also use to share tips on her fitness.

Before this, she has also put one of her dancing videos with the caption,” The whole nation is taking up the #ZuZuZupeeDance Challenge, GET SET & put on your dancing shoes.”

She mostly use to swim. The last time she was swimming and also shared about it with the caption, “What a beautiful experience was this! In the middle of the sea. And the sun setting right in front of me.”

Avneet Kaur has also shared her fitness tips which are as follows. She said, “Honestly, I can never skip my yoga even if I have 10 minutes in my hand,” she says.  “Early morning is the best time for me to just calm myself. Later she has continued, “Honestly speaking, I don’t do much considering my hectic schedule,” she says. “But I make sure that I do little, but I remain consistent.” 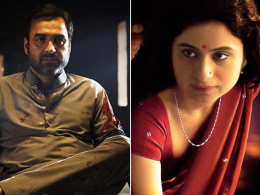 This actress was wearing slippers in Bollywood for 15 years, the bold character of OTT shone her luck 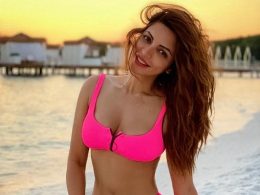 Shama Sikander took off her shirt in front of the camera, people were uncontrollable seeing boldness 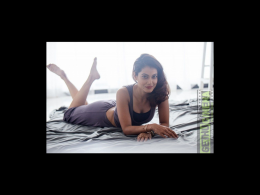