Coronavirus has become pandemic situation throughout the world. But somehow a very few countries are able to control it to some extent. Anyhow the USA have done a minuscule amount of control over it. But after that, a new chapter has been opened in that country. That chapter is regarding racism. People over the country are protesting for getting their freedom and so many rallies are releasing each day regarding it. But few people are trying to convince and make people understand the famous actor and writer. So many black people have been killed by American police during their protests and rallies.

Brandon Kyle Goodman has done acting in so many TV shows and also done films such as Plus one (2019), modern love(2019) and Blackout (2019). Recently, his film ‘feel the beat’ has been released on Netflix to which people have responded with great affection. So Nowadays Brandon Kyle Goodman is posting numerous of images, videos and texts to teach people and by that he is trying to reduce the effect of racism by deducting the difference between none black and black people.

Some of his IGtv videos for awarness,

Even in one of his video which he has posted on Instagram in that he has said, “So your (non-black) identity is being challenged and uprooted because it means that of somewhere inside of you, you have absorbed racism and have responded and reacted in some point in ways that you are racist. Unconsciously you have done but, a kind and Generous loved one could not be any racist, Right!!!” and with this, he had added so many more messages for people. Akshay Kumar showed his condolence on the passing of her mother Pawandeep Rajan has grabbed the winner Trophy of Indian Idol 12 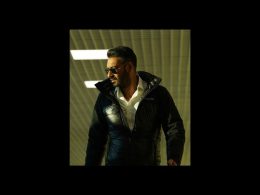 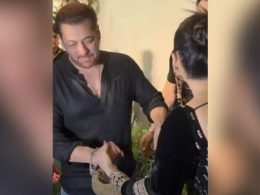 After the Eid party, Shahnaz forcibly dragged Salman to the car, said ‘leave me’, people were surprised to hear the actor’s answer.