Brahmastra Trailer Release has been released. Shiva and Isha are coming to create the magic of their unique love story. The trailer for Brahmastra is quite spectacular. Ranbir Kapoor has become a fire weapon in Brahmastra. His character is very strong. This film will be released on 9 September.

Brahmastra Trailer Release: The wait is finally over. The much-awaited trailer of Ranbir Kapoor and Alia Bhatt starrer film Brahmastra has been released. This is the first part of the trilogy series directed by Ayan Mukerji, which will be released on 9 September 2022. The trailer also saw a lot of action and adventure in Ranbir-Alia’s romantic chemistry.

The trailer of Brahmastra is getting a bang response from the people as soon as it is released. According to him, the trailer is quite spectacular. Ranbir Kapoor has become a fire weapon in Brahmastra. This is the story of Brahmastra, the god of all these weapons. Also, the story is of a young Shiva, who is unaware that he is the Alexander of the destiny of Brahmastra.

The release of Ranbir and Alia Bhatt’s film has been delayed. The release has been delayed due to Corona. Ranbir and Alia met on the sets of this film and their love blossomed. This is the first movie of both of them together. Now both of them are also married. Ranbir Kapoor is very excited about this film. Whether this adventure and the fantasy-filled story of Brahmastra can win the hearts of the people, will be known only after 9 September. 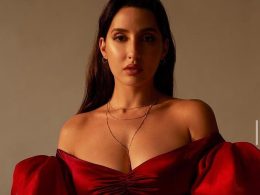 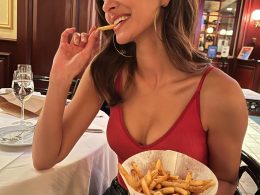 Ananya Panday stuns in a backless and transparent dress 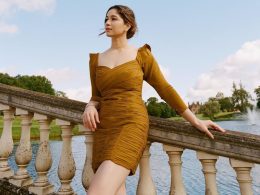 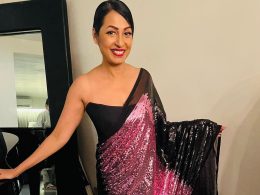