Home TV Actresses Karan Johar did something like this with the contestants, Parineeti Chopra was stunned to see
166 views
2 minute read

Karan Johar did something like this with the contestants, Parineeti Chopra was stunned to see

Bollywood director Karan Johar will be seen as a judge in the show ‘Hunarbaaz’. A promo video of the show has surfaced in which Karan (Karan johar) does something with the contestants, which leaves Parineeti Chopra surprised.

Bollywood’s famous director and producer Karan Johar will be seen judging Colors channel’s new show ‘Hunarbaaz’. Apart from Karan, Mithun Chakraborty and Parineeti Chopra are also the judges of this show. Now a new promo of the show has come out, which is quite funny. In the video, Karan Johar does something like this with a contestant, seeing that Mithun and Parineeti are stunned.

Karan Johar romanced in the show

In the video, contestant Rohit Thakur is seen in the girl’s getup. He flirts with Karan Johar and says that please don’t look at me, I am getting romantic, my puppy can leave. On this, Karan Johar tells him that something happens after seeing you. After this, Karan reaches the stage and then both of them start doing a romantic dance on the song ‘Tip-Tip Barsa Pani’.

Karan Johar dances while throwing flowers at Rohit. Rohit changes his clothes on stage. Meanwhile, Karan pours water on Rohit. Rohit also closes his eyes seeing Karan pouring water on himself. Mithun and Parineeti are stunned to see this. Seeing this funny romance of Karan and Rohit, everyone present in the show starts laughing out loud.

Show Hunarbaaz will start from this day

Significantly, ‘Hunarbaaz’ is a talent show, which is going to start on 22 January on Colors TV. This is not the first time that Karan Johar is going to be seen in a show. Earlier he has been a part of ‘India’s Got Talent, in which he worked with Malaika Arora and Kirron Kher. Karan has also played the role of a judge in the show ‘Jhalak Dikhhlaja’ in the year 2012. At the same time, Parineeti Chopra is going to debut on TV with the show ‘Hunarbaaz’. 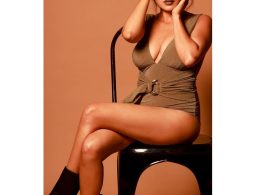 On New Year’s Eve, Tina Dutta sat on a chair wearing a small dress, would say, looking at the picture – Uff 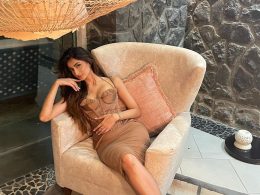 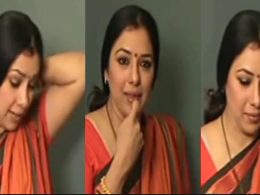 Rupali Ganguly’s luck changed after this audition! Anupama was found in a jiffy 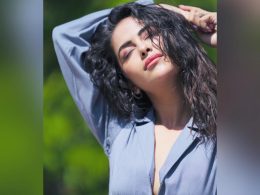 VIDEO: Anandi of ‘Balika Vadhu’ has become so bold, surprised to wear a deep neck dress