People were stunned to see Urfi’s outfit, some saluted and said- ‘Didi’

The new-look of Urfi Javed has come out and this time he has done something that people were stunned. Seeing the actress in such a dress, many people are not able to believe their eyes.

Urfi Javed, who has made headlines due to her strange fashion sense, is once again in the headlines and this time you will be surprised to know that she is not in the news about her awkward outfit but about wearing full clothes. Huh. Whoever saw Urfi in this avatar was stunned and now the video of Urfi wearing a suit is becoming increasingly viral on social media.

Urfi Javed is often in limelight for her dressing style. Urfi keeps posting something or the other on social media with new looks to Javed. She has also been seen getting trolled many times on social media for her dressing sense. Now a video of him has surfaced in which the fans have got a tremendous shock after seeing his look. With the new year, he has also changed his avatar.

Urfi was seen in a suit

Recently, Urfi Javed surprised the fans when she appeared in a simple Punjabi suit. Urfi has surprised everyone with her transformation. A video of his transformation is now going viral on social media. In this video, she is wearing a floral print suit with a red dupatta. Seeing this suddenly changed the look of Urfi, there has been panic on social media.

In this video that went viral, this simple avatar of Urfi Javed is being well-liked by the fans. Let us tell you that Urfi has kept her long curly hair open in the video and has done light makeup. At the same time, seeing this look of his, the fans are not able to recognize him. There has been a barrage of comments on this new style of Urfi Javed.

have become a victim of dehydration

Urfi Javed always likes to experiment with her outfits in different ways. Apart from this, Urfi Javed has been seen talking openly about his depression and thoughts of suicide. He wrote in one of his Insta posts, ‘Many times in my life I have felt that the only way out of the mess is to end life. My life had deteriorated a lot. Failed career, failed relationships, lack of money had turned me into a loser who had no right to live. I still don’t have a lot of money but now I have a successful career and I am still single. The only reason I am alive today is that I have never stopped. I kept on moving forward and am still growing. Of course I did not reach where I wanted to go but at least I am walking towards that path’. 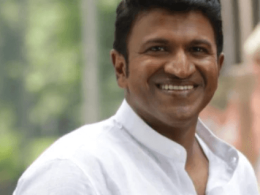 Ananya Pandey got a photoshoot done while swinging on the seashore, looked very hot in a bi*ki*n*i 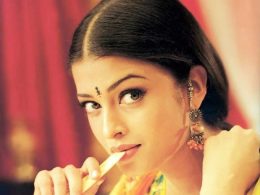 Watch how to lose post pregnancy weight like our Bollywood celebs, from Aishwarya Rai to Anushka Sharma, for tips and more