Saaho gets roasted, Twitter lights up with a meme

Prabhas and Shraddha Kapoor’s latest film Saaho was expected to be the biggest hit of the year and so it is, on Twitter at least. The film has been called a great disappointment by critics and the audience isn’t very impressed either.

Several took to Twitter to vent about the film. They ranted against how the makers let the Rs 350 crore budget go to waste, the shoddy VFX, pathetic writing and senseless screenplay. Even Prabhas’ performance could not save the film.

As always, fans realised the best way to get their ticket money’s worth is by sharing a few funny memes on Twitter and watch them go viral. Some compared their situation to the viral, hassled paragliding guy while others realized how Shah Rukh Khan had a lot to teach Prabhas and director Sujeeth when it comes to grand movies failing at box office (his last film Zero, depended heavily on computer graphic but was a big flop).

Check out some of the best reactions on Twitter: FIR against “The Kapil Sharma Show” because of the recent unethical scene in episode. 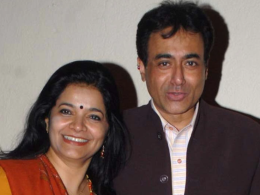