Puspita Sarkar
Total
0
Shares
0
0
0
0
0
0
Nagma has tweeted a meme about Kangana Ranaut. And in that meme picture, she mentioned: “Kangana Didi’s entire career is standing on a pillar of Nepotism”.
Total
4
Shares
2
0
2

We all know Twitter has been always trending for its hot and happening tweets and their replies. Again recently a silent war is visible on twitter. Old Bollywood actress Nagma tweeted a meme about Kangana Ranaut.

Nagma is an Indian politician and former actress. She has worked with big Bollywood stars like Salaman Khan and Akshay Kumar. Recently Nagma has tweeted a meme about Kangana Ranaut. And in that meme picture, she mentioned: “Kangana Didi’s entire career is standing on a pillar of Nepotism”. And further, there was mentioned 6 more points about Kangana.

6) Didi never talked and helped before Shushant’s demise, but suddenly after demise, she is fighting for Shushant or running propaganda against those she has a problem with.

Nagma Ji 1) Pancholi wasn’t her BF, she has made it clear many times that initially, he promised to mentor but soon turned tormentor, he used to beat her every time she went for auditions or film shoots no he didn’t introduce her to Anurag Basu..contd…

Mr. Basu doesn’t even know him, he has made it clear plenty of times 2) She gave audition for Gangster, no nepotism there 3) Kangana’s career was ruined after she was reduced to a background actor in Kites that’s the reason she didn’t want to do Krish she was forced to do it..contd.

4)No agency wants to hire Kangana because she won’t dance at weddings where people throw money at you & fairness creams so Rangoli Ji started to handle her film dates, she too could hardly speak English & had no idea abt the biz, so she did what any sister will do. Stop spreading lies

For further updates, and trending news about Bollywood and Hollywood stay tuned with us on. 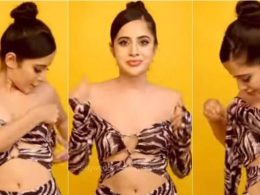 Urfi Javed started wearing a dress in front of the camera, gave a befitting reply to the aunties who made dirty comments 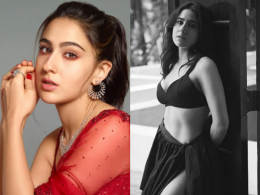 Sara Ali Khan Wants To Stay Away From Remake Films 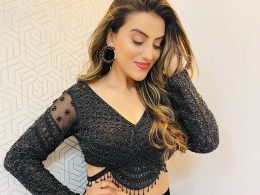 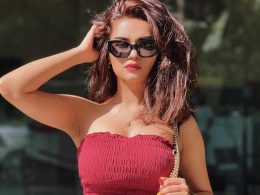 Avneet Kaur wore such a gown to show her boldness, flaunted her perfect figure