Home TV Actresses Video: Recently a video of Poonam Pandey is going viral. In this video, the actress is seen in bold clothes
2 views
2 minute read

Video: Recently a video of Poonam Pandey is going viral. In this video, the actress is seen in bold clothes

Poonam Pandey, who is often in controversies, goes out wearing such outfits that people’s heartbeat increases. Once again she has appeared in a bold style and this time she was seen walking on the road wearing a nightie. This video of Poonam Pandey is becoming increasingly viral on social media. Some people are liking Poonam’s chill style and some people are also feeling awkward.

‘Lockup’ fame actress Poonam Pandey is known for her bold and bold style. Recently, the actress was seen in Ekta Kapoor’s reality OTT show ‘Lock Up’, in which her performance was quite commendable. After this, now the actress gets spotted in bold clothes every day. Recently, when Poonam Pandey came out of her house to chill in Mumbai, the paparazzi spotted her. Poonam Pandey’s latest video is becoming increasingly viral on social media. There is a lot of discussion about Poonam Pandey’s hot style in the video.

came out wearing a nightie

In this video going viral on social media, Poonam Pandey was seen in a deep neck short dress of white color. This dress is looking like a short nightie. Some people found it very bold in this one piece look of the actress and some. Talking about the look, Poonam Pandey has done nude makeup and has made a braid. Along with this, she completed her look with white high heels.

Let us tell you, recently a charge sheet has been filed against Poonam Pandey and her ex-husbank Sam Bombay. The chargesheet filed at Goa’s Kanakon Police Station states that the actress had done a nude photoshoot two years ago i.e. in 2020 near Chapoli Dam in Goa. In the complaint, the actress was accused of wrongly roaming in public places, making vulgar videography, dancing and singing songs. 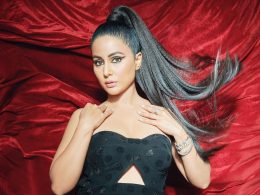 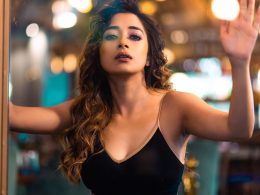 Tina Dutta, the ‘Adarsh ​​Bahu’ of TV, was stunned by wearing a bralette Photos And Gallery 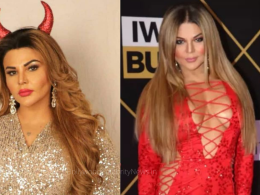 Video: Rakhi Sawant came out to compete with Urfi Javed, posed in a very revealing dress