Home Hollywood Wonder Woman 1984 to ‘83: Movie releases that have been delayed due to coronavirus
991 views
4 minute read

The outbreak of the novel coronavirus has affected life as we know it in a multitude of ways. Currently, there are close to 3.8 million cases worldwide, more than 2.5 lakh casualties, and the possibility of 120 million jobs being lost in India alone. For the global film industry, the immediate impact of the coronavirus crisis has been cataclysmic — it has already meant a loss of $5 billion in box-office takings, a figure that is expected to rise to $17 billion by the end of May, reported American entertainment news website, The Hollywood Reporter. Close to home, the media consulting firm Ormax predicts an impact of 15-20 percent on the tentpole Bollywood films, as reported by The Hindu. Trade analysts predict a loss of $330 million (Rs 2500 crore) for the Hindi film industry, as reported in Hindustan Times.

With countries around the world placing a ban on social gatherings to contain the spread of the disease, filmmakers have found their meticulously-planned theatrical releases thrown into turmoil. Filming has halted for many projects, and the annual movie calendar has witnessed a reshuffling of sorts. In response to the growing crisis, upcoming blockbusters promptly postponed their release dates. The 25th James Bond film, MGM’s No Time to Die, was pushed from April 2020 to November 2020. Marvel’s Black Widow, and DC’s Wonder Woman 1984 have also been delayed. In India, Reliance Entertainment’s Sooryavanshi, a Rohit Shetty film starring Bollywood heavyweights Akshay Kumar and Katrina Kaif, and Ranveer Singh and Deepika Padukone- starrer 83 have postponed releases.

Ahead, 10 Bollywood and Hollywood movie releases that have been rescheduled until after the lockdown ends:

Having clocked in over 75 million views since the release of the trailer in early March 2020, it is safe to say that the Rohit Shetty directorial was a highly anticipated release for movie buffs. Starring Akshay Kumar and Katrina Kaif in leading roles, and Ajay Devgn and Ranveer Singh in extended cameos, the original release date of May 22, 2020, has been pushed until further notice.

Two years after the release of Padmaavat, fans of the real-life couple were eager to watch Ranveer Singh and Deepika Padukone reunite onscreen for the sports drama, ‘83, based on India’s remarkable victory at the cricket World Cup in 1983. After catching a glimpse of Singh’s new curly hairdo for his portrayal of former cricketer Kapil Dev, all eyes were on the consequent release of the trailer. The original release date of April 10, 2020, was postponed indefinitely, and the trailer has been pushed back as well.

Radhe: Your Most Wanted Bhai

In what is being dubbed as a Bhai-free Eid after years, Salman Khan has relinquished his annual spot on the Eid weekend. While the filming of the Prabhu Deva directorial was already underway, the climax is yet to be shot, which led to the postponement of the release date. Khan is reportedly using the time during the lockdown to train in his personal gym for the car chase sequence necessitated in the climax.

Sports fans will also be disappointed to hear that Shahid Kapoor’s portrayal of a struggling cricketer in Jersey has been paused temporarily as well. Adapted from the 2019 Tollywood movie of the same name, the shooting has been placed on hold during the crisis, thereby pushing back the intended release date in August 2020.

After coming together in Ishaqzaade, and Namaste England, Parineeti Chopra and Arjun Kapoor’s third outing together has been pushed back indefinitely. Even though filming commenced in 2017, the production of the movie has witnessed multiple hiccups, and the revised release date of March 20, 2020, was canceled in light of the coronavirus lockdown.

Given its premier spot in the post-Infinity era, the impact of Black Widow on the cinematic universe isn’t lost on Marvel fans. However, the original release date of April 30, 2020 in India was put on ice due to the ongoing lockdown. Disney’s decision to delay the release kickstarted a domino effect, with several other upcoming releases being rescheduled to accommodate the setback, including Thor: Love and Thunder, and Doctor Strange in the Multiverse of Madness.

The game of musical chairs continues with the release date of Disney’s live-action remake of Mulan being rescheduled from March 27, 2020, to four months later, in July 2020. Disappointed fans can find solace in the preponed release of Star Wars: The Rise of Skywalker on Disney+ Hotstar that hit the online streaming service in May 2020, two months earlier than planned.

Elsewhere, the DC Extended Universe has been contending with similar woes. After dropping the bombshell that fan-favorite Steve Trevor (Chris Pine) was alive after the events of the first film, the sequel’s June 2020, the release was a highly anticipated one. However, in light of current events, the Gal Gadot- starrer has been pushed to August 14, 2020, instead.

No Time To Die

Apart from being the 25th entry to the James Bond franchise, No Time To Die also marks Daniel Craig’s fifth and final portrayal of the debonair agent 007. And it is a momentous milestone that fans of the franchise will hopefully be able to appreciate in all its glory when the movie comes to theatres in November 2020, instead of the original release in April 2020.

The wait to watch everyone’s favorite naval officer resume his signature Ray-Bans just got a little longer, as the Top Gun: Maverick release date has been rescheduled from June 24, 2020, to December 23, 2020. 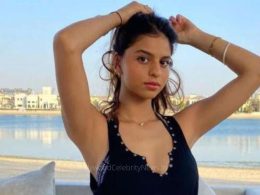 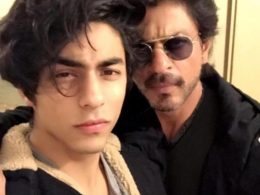 Sanjay Gupta, Farah Khan and other Bollywood Stars supporting Shahrukh Khan in the arrest of his Son 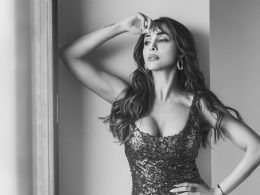 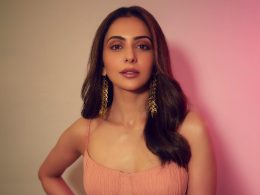 Rakul Preet Singh’s stunning look in a mini dress, eyes will be kept on these looks