6 Male Bollywood stars who got emotional and cried in public, catch details

Influential figures in Bollywood are known for their performance and glamour. Their personalities and lifestyles make the audience more attractive. During their interviews, they keep happy faces but some were saddened and many cried in front of cameras.

This shows that regardless of how successful you are or how widespread you know yourself, they are also people and therefore can face life problems that tend to separate you.

In this article, we will focus on several cases where celebrities have been in tears, even though they are in front of the camera.

When he viewed a film of his trip in which they presented some of the footage of his town and many more, the veteran actor revered Dharmendra broke down during a singing reality program on Sony TV. In another reality program, India’s Got Talent, he sobbed after hearing a heartfelt performance.

Abhishek Bachchan has also faced criticism for not being as successful as his father and wife. He won an award for a best male actor, and when accepting the prize, he became overwhelmed and began sobbing on stage.

Sanjay Dutt once made the headlines for the TADA scandal. While being taken to the jail by the Mumbai Police, Sanjay Dutt broke down and began weeping in front of the camera. Following such heinous acts, the incarceration and the ensuing controversies are extremely painful.

Anil Kapoor has become one of India’s most successful and attractive actors, having appeared in over a hundred Bollywood films. When discussing Harshvardhan’s debut film, Anil Kapoor became teary-eyed.

Ranveer Singh made his acting debut in Band Baja Baraat, which was a huge success. Following the success of this film, he received his first acting prize at the 17th Star Screening Award. Ranveer began weeping as he accepted the prize.

6 Male B’wood stars who got emotional and cried in public, catch details
Salman Khan became emotional on his program Big Boss, crying when Jasmin was evicted because he believed she deserved to be in the home. 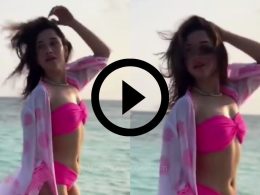 This beauty of ‘Bahubali’ shared such a video from Maldives, created panic on the internet Karan Johar said, “The Kashmir Files “ as a movement. 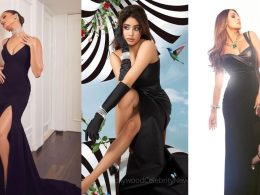 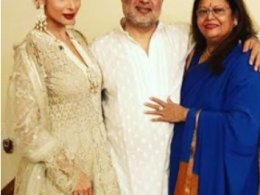 Malaika Arora opens up about her parent’s reaction to trolls.