Actress Shweta Tiwari is hospitalized due to her busy schedule.

Actress Shweta Tiwari has gone hospitalized due to her busy schedule. She has reported feeling unwell due to not having proper rest. She may be recover soon.

Actress Shweta Tiwari has been a contestant of Khatrin Ke Khiladi season 11 during last time. She was in South Africa during her shooting. She was in cape town of South Africa for her shooting. In June she has arrived in India for promoting the Grand Finale of The Show. During that She was very busy with her work that she can not get enough time to take a rest. And hence she got hospitalized. According to the report of her team, she is recovering in a good manner and she will be discharged soon. The Indian Express reported,” The actor had not managed enough rest with immense travel and adding to it the weather change, “

She was the winner of Big Boss season 4 . Shweta Tiwari has also worked in the daily soap Kasutti Zindagi ke which was directed by Ekta Kapoor. She has also played a crucial role in the show “mere dad ki Dulhan “. 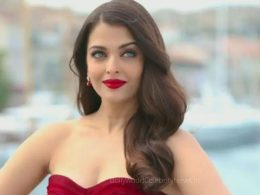 Aishwarya Rai has fallen in love with these celebrities…

After the death of Divya Bharti, ‘Sridevi’ and ‘Raveena Tandon’ were signed in these superhit films. 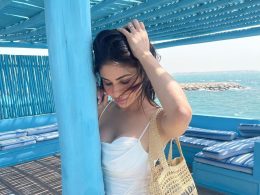 Mouni Roy’s sizzling look on the beach, flaunted her figure in a tight dress