Kangana Ranaut says that Rangoli’s tweets were communal and Dangerous!

Kangana Ranaut has come out in the defense of her sister Rangoli Chandel after her account was suspended Twitter on Thursday. She said that she and her sister will apologize if there is a single tweet of Rangoli that targeted an entire community. The actor also urged the Indian government to ‘demolish’ Twitter and create similar domestic platforms.

Both tagged the Mumbai Police’s Twitter handle in their tweets, asking them to arrest Rangoli. Talking about them, Kangana said the two made ‘false claims’ against her sisters. Farah has responded to Kangana’s statements, saying that Rangoli’s tweets were communal and dangerous. dear Kangana, Let begin by saying I’m a huge fan and you’re an amazing Actress,” Farah wrote in her response. she also talked about how Rangoli said she didn’t care if people branded her a Nazi for her views. Farah said the use of the word Nazi was inappropriate and hateful. she has nothing personal against Rangoli or you and have even met Rangoli in the past where she came across sweet.

Kangana has been an acid victim and now a social activist so she should be more responsible with her tweets. She should inspire all who have lost hope to have hope. She should lead by example. Spewing hatred towards a community. And calling for them to be killed for the acts of few is unacceptable.

She does hope she sees her error and realizes that. and she has the social and moral responsibility of so much more than just being your sister. God bless you both. May peace be upon you and our country at large she added. As for Rangoli, she has already said that she would not do anything to revive her account with Twitter. She is not reviving her account and she was her sister’s spokesperson now watch out for her direct interviews, she is a huge star. 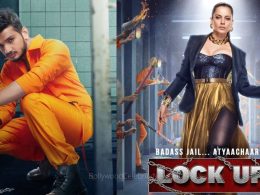 When Munawar Faruqui made fun of Kangana Ranaut, the old tweet Viral, will be seen in the lock upp? 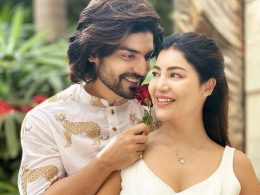 After Bharti, now this actor’s house buzzed, the good news was given to the fans on social media