Kangna Ranaut has shut everyone’s mouth in the Bollywood industry.

Bollywood has lost an incredible and intangible artist on 14th June 2020. Everyone is in shock from Shushant Singh Rajput’s recent news. However many stories and perceptions are in the air about his death. Kangna Ranaut has posted an IGtv video on her Instagram. Which is now trending everywhere on social media.

People are saying that she has just pinched the right nerves. And as we know Kangna is a brave lady, Who does not care at all about anything. She has slapped big Bollywood production houses by her statements.

Few people are blaming him, that he was mentally weak, depressed and that is the reason behind his suicide. Someone who had been a rank holder. How could that mind be mentally weak? We can clearly see his last few posts and comments, where he is begging people to watch his movie. As well as he stated that ” he does not have any godfather. I”ll be thrown out of this industry if you don’t watch my movie.”

In his interviews, he said ” why doesn’t this industry accept me? Why do I feel like a leftover? ” in this 6 to 7 years of his Bollywood career why didn’t he ever get acknowledged for movies like Kai po chhe, MS Dhoni, Kedarnath or chhichhore. A useless movie like Gullyboy gets every awards. “Chhichhore” is the best movie of the best director but there is no acknowledgement for that movie. We don’t want your movies. But when we do our own films, why don’t I get acknowledgement for that.

Kangana revealed that she gets messages from people who tell her not to take any wrong step in life. “Why do they want to put in my mind that I should commit suicide. However, in Sushant’s case, it was his mistake that not only he accepted it. But also When he was called worthless and he agreed,”. Although They just want to write your history that “Shushant was weak-minded”

For further more Bollywood updates and trending news stay tuned with us on https://bollywoodcelebritynews.in/ 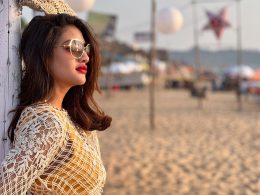 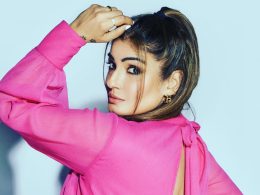 Big disclosure of Raveena Tandon, ‘I used to clean vomits in the studio at the beginning of my career’ 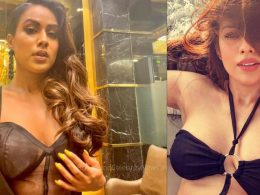 Nia Sharma did something like this by turning on the camera in a moving car, the video went viral on sight