Kirti Sanon and Rajkumar Rao love story in “Hum Do Hamare Do”.

Raj Kumar Rao and Kirti Sanon will be back with one more love story. Their film “Hum Do Hamare Do” will release in the coming Diwali.

A famous Bollywood actor and actress are coming up with a new film of themselves. Kirti Sanon has shared this on her profile on Instagram and Koo. And, in this film voice of Paresh Rawal has been used for the introduction of this film in the teaser. Rajkumar Rao has started with Stree, Lukka Chuppi, Bala, Mimi, and also in the upcoming film “Hum Do Hamare Do”. The other stars also supported in this film are Prachee Shah Pandya, Ratna Pathak Shah, Aparshakti Khurana, and Manu Rishi Chadha.

A has shared about this on her Instagram post and wrote,” Yeh Diwali…Familywaali!, Presenting the teaser of #HumDoHamareDo”. The teaser of this film has been released. Th tease is starting with old films of Raj Kumar Rao under Maddock Films. And Paresh Rawal’s voice is introducing the whole teaser. Before this, she has also shared about the “Hero kya Karega? “.

She has also shared about this on her Koo account. She wrote,” Yeh Diwali…Familywaali! Presenting the teaser of #HumDoHamareDo Streaming soon on #DisneyPlusHotstarMultiplex Rajkumar Rao, Paresh Rawal, Ratna Pathak shah Directed by Abhishek Jain Produced by Maddock Films, Dinesh Vijan #HumDoHamareDoTeaser “. Her fans are very exciting about her upcoming movies. As we can see from her account on Instagram and Koo.

She has worked as a co-star in the film Raabta with a Bollywood star Sushant Singh Rajput. Raj Kumar Rao has worked in Bareilly Ki Barfi. Under the Maddock film, only Kirti Sanon will also be seen in the film Bhatia.  This film will release on Disney + Hotstar. 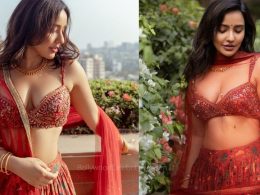 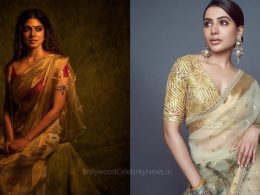 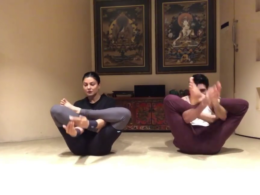 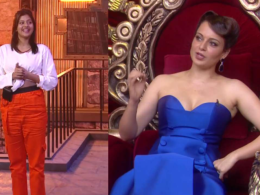