Big Boss 14 winner’s husband Ritesh is still a mystery. He yet has to reveal his identity to the world. Over this, she has added that if Big Boss provides good pay to her husband then he would like to join it. She has also said that her husband has a big ego problem. She said that she would like to work with her husband in the upcoming season of Big Boss. She continued as with this his identity will open to the world as well.

Rakhi Sawant statement is as follows:-

“My husband has a lot of ego problems Salman (Khan) sir and the Big Boss are the only ones who can bring his level down. Many people have got their head in the right place after going inside the Bigg Boss house “.She added,”Paisa phenk tamasha dekh “.Which means Pay and get Entertained . She also added that “Everyone works for money and if Big Boss gives a good offer why wouldn’t he go ?”.

For more interesting news catch us on https://bollywoodcelebritynews.in 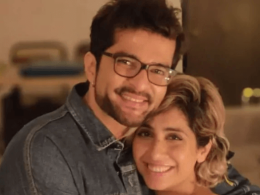 TikTok filed a complaint with a Washington court