Salman Khan and Katrina Kaif have started with shooting their new upcoming film “Tiger 3 ” in Russia. They have left Mumbai on the 20th of August.

A well known Bollywood actor Salman Khan and a well-known Bollywood actress Katrina Kaif has made the film “Tiger “ and “Tiger returns “. As the public has shown their love to these of their two films. So they have decided to come up with the new same type of film. Hence they have chosen to shoot for “Tiger 3”.  In this film, the Actor is acting as a RAW agent and Katrina Kaif is working as a confidential agent for ISI agent.

Recently in Russia, a fan of his has taken his picture in a brown bearded and red jacket. His look is unrecognizable. He has also put his hair up to the neck for shooting purposes. He has also shared a selfie with him. After that, he also chased him.

He has shared the image of him on his Instagram account and also captioned it. He wrote,” Salman Bhai’s Look Long Hair & Beard. Tiger 3 Car Chase Sequence Shoot In Russia Bhai. Jai Salman Khan”. On this fans have given their good response to his new stunning and unrecognizable look. Fans are praising his new look over the other two films of tiger and waiting for the completion of the film. Actor and Katrina Kaif are two of the most recommended and praised stars in Bollywood. This Tiger film is directed by Manish Sharma. According to the report, the shooting of this film is going to extend the foreign trip of the actor and actress as decided before. This has been decided by Aditya Chopra and Manish Sharma. We can see the nephew of Salman Khan standing beside him in the picture. Yash Raj films are the production house that is working on this film.

For more interesting stories visit us on- https://bollywoodcelebritynews.in 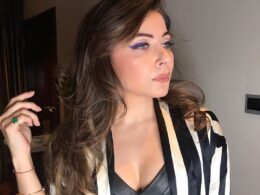 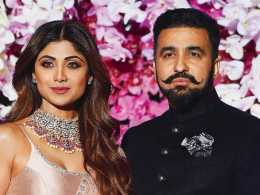