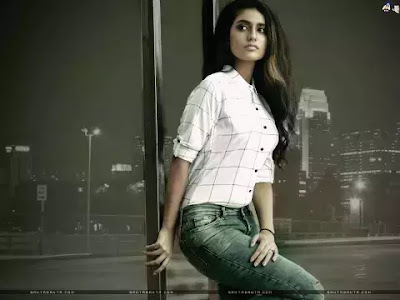 Who doesn’t know this famous actress? She is Priya Prakash Verrier from the South Indian movies. Some days ago she wen amazingly viral because of her single wink video. So, nowadays her demand is also very high because of her popularity. Let you know she if offered a work. Yes, Social media star Priya Paraksh was offered 1 crore for this work.

As we all know that Priya Prakash is very much famous and because of her popularity she also increased her fees for acting. She charges lakhs for her single ads and she has done many ads in her career. But recently she was offered 1 crore rupees for doing a national level campaign ad for the government.

Let you know that the government has chosen her because of her amazing popularity. People not only like this young actress but also respect her very much. She may come to Bollywood soon as she has a great advantage. People will love to see her on the big screen of Bollywood.

K.G.F. Chapter 2 is the first film to cross 4000 screens after a pandemic

Bipasha Basu’s pregnancy photoshoot blew her senses, she was so bold in front of the camera