Home News The controversy did not stop even after changing the lyrics, #Arrest_Sunny_Leone trended on Twitter
160 views
2 minute read

Bollywood actress and model Sunny Leone is in a discussion about her song ‘Madhuban’ these days. This song of the actress has been embroiled in controversies for some time now. Controversy has also arisen over the song as soon as it is released. It is being said that the lyrics and dance of this song have hurt the sentiments of the common people.

Controversy over the song is not stopping

Recently, Madhya Pradesh Home Minister Narottam Mishra had called this video to hurt religious sentiments. Along with this, everyone was also asked to apologize. After this, the music company ‘Saregama’ told on Sunday that in view of the recent feedback regarding the song and keeping in mind the sentiments of the people, we will change the lyrics and name within 3 days of the song ‘Madhuban’.

However, despite all this, the controversy regarding the song is not stopping. Not only this, the demand for Sunny’s arrest is rising on social media. #Arrest_Sunny_Leone is trending on Twitter since morning.

The actress is being accused that she chose a song that hurt Hinduism. He wrote, ‘Sunny Leone’s song ‘Madhuban Mein Radhika Naache’, which hurts Hindu religion, has not been changed yet. For how long will we keep silent against Bollywood. They are continuously destroying our culture.

The actress remains in constant discussion

Let us tell you that for the last few days, Sunny Leone is also facing the displeasure of the people due to this song. He has hurt the sentiments of the people through this song. In such a situation, there has been a demand to ban the song. It is worth noting that Kanika Kapoor has decorated this song with her voice, while Ganesh Acharya has choreographed Sunny Leone for the song. 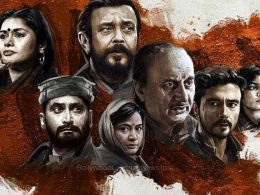 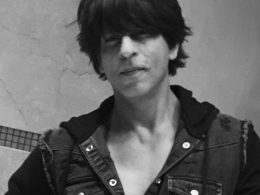 His Jabra fan had entered Shahrukh Khan’s ‘Mannat’, then took off his clothes and started doing this work!