TV actress Tina Dutta, who plays the character of Ichha, has become quite bold. The actress has changed clothes on camera. This video is going viral.

Tina Dutta came into the limelight by playing the character of Ichha in the TV serial ‘Uttaran’. Tina may now be less visible on the screen than before, but she is constantly in the headlines due to her posts on social media. Recently, the actress posted such a video, seeing that you will also say that this actress is not less than anyone in boldness.

change clothes in front of the camera

In this video that surfaced, Tina Dutta is seen changing clothes in front of the camera. The first actress was seen in a white shirt with black tights in the video, after which the actress turned back and posed. After this, in the blink of an eye, the dress of the actress changed and she was seen in a black color gown.

appeared in front of the camera

Tina Dutta’s actions in this video are killer. The actress not only changed clothes in the blink of an eye in front of the camera but also gave more than one pose. Seeing whom you will also say that this actress is amazing.

In this video, Tina Dutta appeared in a special look with both her dresses. The actress has done subtle makeup in the video, with which she was seen wearing only earrings. Tina is looking very beautiful with this complete look.

Song of the movie Pushpa played in the background

The song of the film ‘Pushpa’ is playing in the background of this video. This is the same song that you are hearing these days everywhere. Tina Dutta has shared this video on her official Instagram account. While sharing the video, the actress wrote in the caption- ‘Don’t know why it seems that this disease is contagious.’ 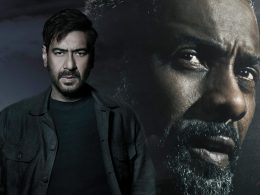 These web series and films will create panic on OTT in March, Ajay Devgan will also add temper 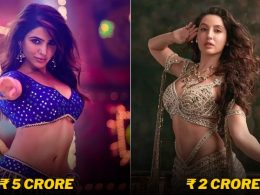 5 Actresses And How Much They Charged For An Item Song 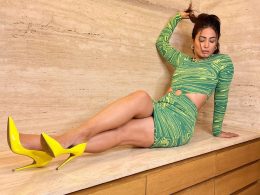 TV actress Hina Khan’s new photoshoot is being liked by her fans. In this latest photoshoot 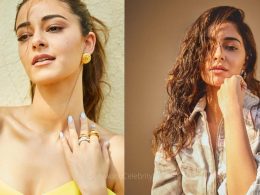 Ananya Pandey’s boldness is not taking the name of pause, wearing a bralette, killer pose