This time Karan Kundrra got tempered on Tejasswi Prakash.

Karan Kundrra got angry on Tejaswi Prakash . And thrown a small container on her, during his rage.

Big Boss season 15 always comes with a new Dhamaka in every episode. But this time something abusive is there. Karan Kundrra has shown his muscularity power on Tejasaswi Prakash. He has shouted at Tejasswi Prakash and even after that he has thrown a small container on her. Even said that she should behave herself in front of her. She can’t speak like that in front of her.

Karan Kundrra is known for his rage behavior in big boss season 15. From starting of this season he has tried to show his precedence over others by raising his voice or by physically. One by another he has got entangled in fights with Pratik Sehajpal, Nishant Bhatt, and Vishal Kotian. Now this time he has fought with Tejasswi Prakash.

We have seen in the promo of an upcoming episode of the Big Boss. Tejasswi Prakash was trying to put her point in front of all other members of the house. But no one was listening to her. She was trying to convince everyone, specially Rashami Desai. She was persuading Rashami to listen to her by joining her hand, but she denied it.

At that instance, she started to shout at everyone that she is getting mad, as no one is listening to her. At the spot, Karan Kundrra stood up from his place gone to out of the room and brought a small container. He has thrown that on Tejasswi Prakash and said that she can’t speak like that to him. She is much younger than him, so she should behave herself in front of him. Tejasswi can’t control her emotions and started crying. 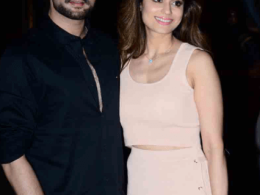