During an interview with Entertainment Weekly, Julie Plec, who developed the show with Kevin Williamson, revealed that Paul Wesley, who finally ended up playing Stefan Salvatore for eight seasons, first auditioned for Damon Salvatore.

The Vampire Diaries series was launched in 2009 and has run 8 seasons till date. The season has been loved by a big population. In due course, fans fell in love with the remarkable characters of the show. The star cast is said to be engaging and cherished. The amount of time to find the perfect team of these famous teams is countless, along with the hard work that went together.

According to E Online reports, Plec revealed bits about the auditions.

She further added, “Paul and Ian kind of came in late in the process. Paul Wesley auditioned like 15 times, and Ian kind of appeared out of the blue. The only one who wasn’t trying too hard, that didn’t speak to me at any point unless we were filming, was Paul Wesley—so it’s funny to think that he did the right thing,” Ian also said that how he was about to lose the role due to his horrible 1st auditions. He revealed, during a media interaction that he had bombed his first auditions. And he was disastrous. He also said to the media how badly he wanted to play the role and that he will do it.

He knew that he had to practice a lot. And he went back and rehearsed for the retest. The creators were already of the impression that Ian will play the role of Damon. He saw the other guy being called for auditions and said to himself, “You know what? Screw this. This is mine. This is not his.” The Vampire Diaries ended two years ago but Damon’s mystic character is still alive within his fans, which keeps him busy.

Besides this, he appeared in Netflix series V-
wars. It is an American fiction-horror web series. The season 2 of V- wars was about to be released on Netflix, but due to some discrepancies, it was cancelled. 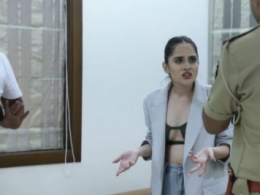 Urfi Javed was caught by police during shooting for an adult film. 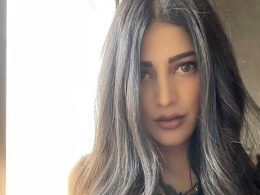