Ananya Panday has once again created panic with her beauty. She has got a very glamorous photoshoot done in fewer clothes, in which the fans are stunned after seeing her bold.

Bollywood actress Ananya Panday is in the news these days for her new film ‘Gehraiyaan’. She is promoting this film vigorously. Ananya Pandey is also busy promoting the film on social media. She has shared her latest pictures in which she has shown her bold avatar.

In the photos, Ananya Panday is seen wearing a brown bralette. Along with this, he is wearing cream-colored trousers. She has posed for pictures sitting in different poses in which she is looking very hot and glamorous. Seeing the killer pose in front of the camera, Ananya has created panic in the hearts of the fans. She has kept her hair open which is adding to her look.

Fans slipped after seeing the performances

Sharing these pictures on an Instagram account, Ananya wrote in the caption, Really not ready for the winter of Mumbai. ‘Gahreiyaan’ will release on February 11. In the comment section, fans are giving compliments to Ananya Pandey by commenting gorgeous, hot, and beautiful. Apart from this, people have rained fire emoji.

The complex relationship between two couples will be shown in the film ‘Gehraiyaan’. Apart from Ananya Panday, Deepika Padukone, Siddhant Chaturvedi, and Dhairya Karwa will also be seen in the movie. The film is directed by Shakun Batra. Earlier, he directed the film ‘Kapoor and Sons’ in which stars like Siddharth Malhotra, Fawad Khan, Rishi Kapoor, Alia Bhatt, and Ratna Pathak Shah were seen. This film proved to be a hit at the box office. 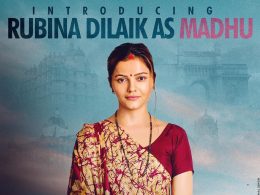 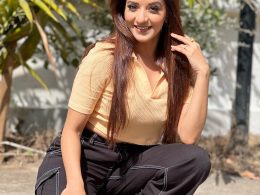 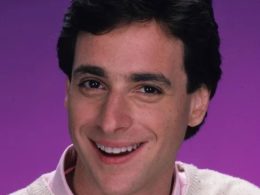 Famous comedy actors Bob Saget was found dead in a hotel, many celebs including Priyanka Chopra paid tribute to ‘Dad of Century’