A woman accused the Baby Driver actor, Ansel Elgort for sexually assaulting her. Eversince she posted the claim on twitter, her account has been deleted. The Twitter account named @Itsgabby posted a post on Friday, a text note captioned “my story of Ansel Elgort”. The post said, “sexually assaulted a couple days after I turned 17”. She DMed Elgort, not expecting a response, when she was “just a kid and was a fan of him”. She got his private Snapchat account from there.

“He was in his 20s…So when it happened instead of asking me if I wanted to stop having sex knowing it’s my first time and I was sobbing in pain and I didn’t want to do it the only words that came out of his mouth were we need to break you in” she wrote.

“I wasn’t there in that moment mentally. I disassociated myself and just felt like my mind was gone in shock.”

The woman identified herself as Gabby and apparently dated Elgort back in 2014. She also posted a photo of Elgort sitting next to her along with a screenshot of what she referred as their Direct Message exchange. She went on,” I couldn’t leave. I was only 5’2 and 98 pounds, he made me think this is how sex was supposed to be. I was SO YOUNG And HE KNEW THAT.

Elgort is best famous for his role in “The fault in our stars”, the “Divergent” series and the “Baby Driver”. The actor responded in his Instagram post Saturday evening saying,”I cannot claim to understand Gabby’s feelings but her description of events is simply not what happened. After giving his interpretation of the events he claimed, ‘Gabby and I had a brief, legal and entirely consensual relationship.’ Elgort apologized for the way he broke up with her, “As I look back at my attitude, I’m disgusted and deeply ashamed of the way I acted.” 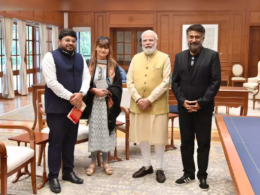 “The Kashmir Files” got praise from Prime Minister and Akshay Kumar. 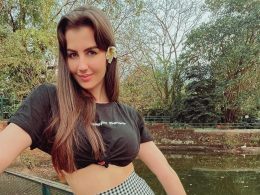 Arbaaz Khan’s girlfriend shared pictures, asked this question in the style of ‘Pushpa’ 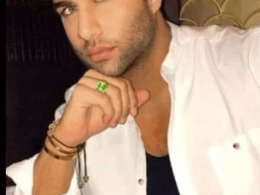 Rajiv Adatia:”. There should be stricter rules for any kind of violence”. 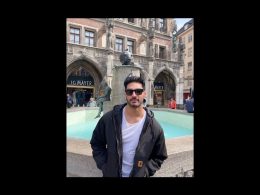