As the teaser goes viral, Zack Synder’s “Synder Cut” has increased the expectations of their fam family. Not officially, but the big reveal may get launched in August at DC’s Fan Dome event. But the director tweeted out a tease from the upcoming HBO Max special. The teaser gave thrills to justice league fans during the Covid-19 mess.

The trailer features, Gal Gadot‘s Wonder Woman in an underground cave of sorts.A voiceover of Jesse Eisenberg’s speech as Lex Luthor in Batman v/s Superman: Dawn of Justice plays. The footage then leads to an image of Darkseid, the villain that Synder has talked about on his personal Vero Account for years.

Darkseid is the most awaited villain for fans.

According to Synder’s posts over the years, fans expected Darkseid originally to be in Justice League. But was cut out of the final version of the film. The room was filled with rumours that Darkseid will be there in the Synder Cut Version. These rumours date back to May, with the announcement of Synder’s Cut to be HBO Max’s specials. History of Synder Cut and the fandom surrounding it is too long.

Post-death of his daughter, Synder stepped out of Justice League, leading Warner Bros. To oversee the reshoots and guide the film through editing and production, Director Joss Whedon was brought in. With the release of Justice League in 2017, fans took an issue for Whedon’s lighter, more comedic contribution to film. Soon after the release, fans began to campaign for the release of Synder’s Cut.

In his statement, after the announcement Synder said ” I want to thank HBO Max and Warner Brothers fir this brave gesture of supporting artists and allowing their true visions to be realised. Also a special thank you to all of those involved in the Synder Cut movement for making this a reality”. It is not going to stream on HBO Max until 2021.

The fans are waiting for more FanDome events, more announcement teases and first looks from DC. The big event most probably will take place on August 22nd at 1 pm ET. It’s completely virtual and open to anyone for free. In contrast that Batman and Justice League have ruled DC comics, this time it’s the Wonder Woman. For fans, all they can do now is to it tight and stalk Snyder’s Vero page for more updates. 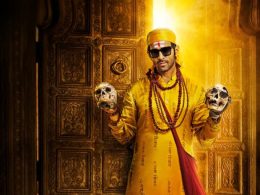 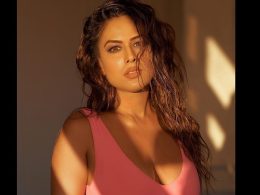 Deepika Padukone talked about her depression in KBC