Puspita Sarkar
Total
0
Shares
0
0
0
0
0
0
So there are good chances for the involvement of Tom Holland in the upcoming spider actions. Sony’s upcoming schedules for 2021 are a Venom Sequel
Total
6
Shares
0
0
6

The explosive scenes of Spider-Man: Far From Home left all his fans wondering, what he was up to next His 3rd solo movie which is still untitled, hits theatre on 5-Nov 2021. But besides that, Marvel could have big plans for the hero. The original director of Spider-Man series, San Raimi is leading the upcoming Doctor Strange Sequel. As the cosmos enters the MCU, fans speculate that they may see a live-action spider-verse movie. And if not, Spider-Man look is yet to appear in Sony’s Films. The new deal of Sony and Marvel keeps the character in MCU. So there are good chances for the involvement of Tom Holland in the upcoming spider actions. Sony’s upcoming schedules for 2021 are a Venom Sequel and the Jared Leto-starring Morbius.

The genius Duo in the upcoming movie

As rumours say, Holland’s Spider-Man may battle with Kraven the Hunter in the untitled Spider-Man 3. The reports also say that Kraven will appear again in a surprising second. film. While facing Kraven again, Tom Holland will seek help from none other than Black Panther’s Shuri (Letitia Wright). The Wakandan Design Group claims Shuri to be invaluable in terms of battle power and intelligence. Though WGTC doesn’t clarify any scene details, the site speculates Kraven might pop up in Wakanda. If it happens to be true, Spider-Man will not stay far behind too. Teaming up with Peter Parker and Shuri makes a lot of sense, knowing that both the characters are genius and tech- freaks. After the Iron- Man (Robert Downey Jr.) is gone, Parker and Shuri can be the next epitome of science. They can also prove to be a spark of friendship that Stark shared with Bruce Banner (Mark Buffalo).

Thinking of the bigger picture, a Spider-Man and Shuri duo initiates for both the heroes to be key members of a new Avengers team After digging up, the rumours also say that Shuri will inherit the mantle of Black Panther to in upcoming movies. From the very Beginning, Spider-Man was considered to be the leading face of MCU.
The upcoming movies such as Hawkeye and Ms. Marvel marks the formation of an entirely new Avengers team about to launch. MCU is hoping to up the ante in Phase 4 and beyond, having two marquee Avengers teams isn’t a bad strategy. And if the Young Avengers come together like in the comics, Holland’s Spider-Man is the perfect leader. 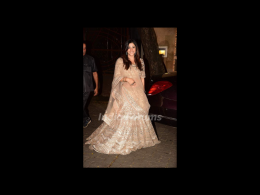 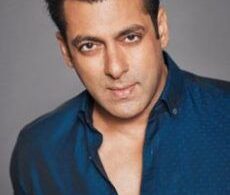 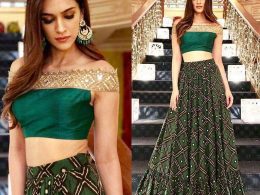 Kirti Sanon and Rajkumar Rao love story in “Hum Do Hamare Do”.