Home Entertainment Kajol shared a picture wearing a hotter dress than her daughter, she has already given the Christmas feel by becoming a red angel
67.9K views
2 minute read

Kajol shared a picture wearing a hotter dress than her daughter, she has already given the Christmas feel by becoming a red angel

There is no doubt that Kajol is such an actress who is seen challenging the norms set by Indian society to the entertainment industry in every way. Not only did she decide to focus on the family by taking a break from her career despite being a top actress, but when she wanted to make a comeback, she gave the audience a blockbuster hit. In the same way, she performs the responsibility of a mother on one hand, while on the other she comes in the avatar of a glamorous actress and steals the hearts of the fans.

Despite being 40 plus, Kajol always keeps herself so tip-top that even young actresses start filling water in front of her. Even the many looks of the actress are such that she seems to be overshadowing even her stylish daughter Nysa Devgan. A similar avatar of him has appeared this time too, which is being liked by the people. Expressing her Christmas feel in a photo shared on the official Instagram page, Kajol was seen dressed in red, reminding people that she is no less than anyone in fashion, not even her daughter.

Pics surfaced on social media a few days ago of Nysa Devgan partying with her friends. In this, she could be seen wearing a red-colored bodycon dress. The outfit featured strappy sleeves with a low-cut neckline and a ruffled pattern on the sides. Nysa’s fit figure in red clothes also started flaunting fiercely. This look was such that it was definitely super impressive and party-perfect.

Stunning Kajol in one shoulder dress

After this Kajol’s picture came out, in which she was seen dressed in a red color one-shoulder dress. The skinniest outfit featured dramatic ruffles that were accentuating the style element. Kajol wore high heels with a midi dress, while the jewelry was kept minimal. Her makeup was styled in natural tones and thick-black hair waves. Kajol looked stunning in this look.

The red color on the actress

By the way, it has to be admitted that Kajol Devgan has a tremendous red color. In this, whether she wears western clothes or Indian, she looks beautiful in all. This picture also seems to give proof of this. Kajol can be seen flaunting her beauty and injuring hearts by wearing a chiffon plain red sari with a strappy blouse in the pic.

Hasina is seen in more than one killer look

When Kajol comes out wearing western clothes, her fashion always grabs headlines. Why not so? This girl is seen in more than one killer look. In this picture, she can be seen in a gorgeous black slit and low-neckline dress on one side, while on the other hand she is seen posing with her husband in an off-shoulder blue gown with hot details. 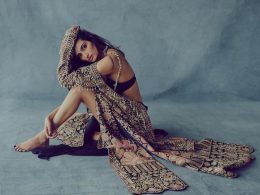 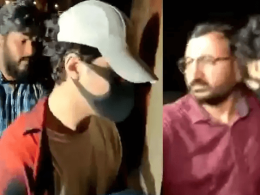 Shahrukh Khan son Aryan Khan is being questioned by NCB in drug cases. 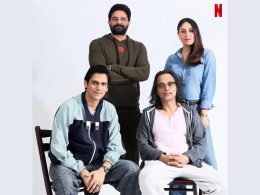 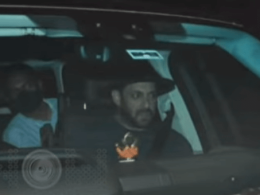