Home Bollywood Celebs Nora Fatehi is in bad condition due to Corona, it has affected me badly
469 views
2 minute read

Nora Fatehi is in bad condition due to Corona, it has affected me badly

The havoc of Corona is increasing in Bollywood. Another actress has now been found to be Kovid positive. After coming to the fore of this news, an atmosphere of fear is once again being created among the people.

Bollywood’s famous actress Nora Fatehi has also come under the grip of Corona. The actress recently told about being Covid positive on her social media, after which the fans started worrying about her. Nora Fatehi told that her health has become very bad.

Nora herself has confirmed to be corona and has told that she is currently quarantining and is under the supervision of doctors. She has written a message to the fans on her Instagram story and said that I am fighting Corona. Corona has engulfed me badly. I was in bed for a long time and now I am under the supervision of doctors. You all stay safe and wear a mask. It is spreading very fast and affecting everyone in a different way. Unfortunately, my condition has worsened and it can happen to anyone. I am trying to recover myself and that is what matters the most. Nothing is more important than your health.

Nora Fatehi was seen in the video of singer Guru Randhawa’s new song ‘Dance Meri Rani’. Nora and Guru are continuously promoting it since the song’s arrival. The song is being discussed everywhere. The song became a hit on YouTube as soon as it was released. The craze of the video is such that even foreigners are dancing to its beats. Nora shared some such videos on her Instagram.

People associated with the actress will have to get investigated 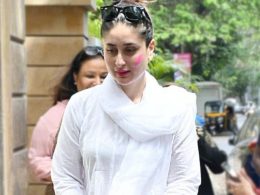 Kareena Kapoor Khan does not like the colors of Holi, the reason is related to the grandfather of the actress 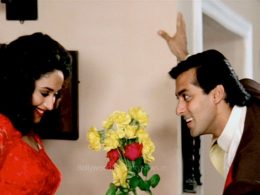 After the release of Salman Khan’s film ‘Hum Aapke Hain Koun’, people started calling the director, the reason is funny Emraan Hashmi and Amitabh Bachchan open up about the Film “Chehre”.