Akshay Kumar is back again with another movie that revolves around family, moral values, and long preachy dialogues. Rakhsha Bandhan starring Akshay Kumar is the same old stuff but in different packaging. Directed by Anand L Rai who also directed another Akshay Kumar lead film Atrangi Re. Anand L Rai has worked with big stars before in Zero with SRK and Anushka Sharma and he also directed the super hit film Tanu Weds Manu in 2011.

From the trailer, one can easily tell that in Rakhsha Bandhan the lead Akshay Kumar has four unmarried sisters. He has pledged to marry them before he marries himself, this makes his relationship complicated leaving him distressed. The movie deals with the dowry system, and the importance of family as well. From the trailer, the woman appears to be an obstacle or a goal that Akshay Kumar’s character fulfills or archives. Rakhsha Bandhan starring Akshay Kumar is not promising it is a repetitive, tiresome, and utter waste of money. The image of marriage as the ultimate purpose of a woman’s life is highlighted and a man is given the job, as it seems women are incapable of that too.

Bhumi Pednekar who was last seen with Akshay Kumar in Toilet: Ek Prem Katha is his ‘Bachpan Ka Pyaar’. She is playing the love interest who wants to marry him so that her father gets off her back. This Rom-com set in a small town revolves around love and romance, and as the title suggests it mainly focuses on the sacred brother-sister relationship. The trailer for this movie released today giving us a glimpse of what it will be about. Rakhsha Bandhan starring Akshay Kumar will release on August 11, 2022. Click here to read more- Akshay Kumar reacts to Raksha Bandhan’s box office clash with Aamir Khan’s Laal Singh Chaddha 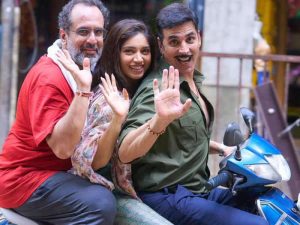 Akshay Kumar was last seen in Samrat Prithviraj which failed at the box office and incurred a major loss. It was heavy on nationalism and propaganda which kept audiences away from this movie. He was also seen in Atrangi Re which dealt with mental health issues and starred Sara Ali Khan and Dhanush. He was also seen in Bachchan Pandey with Kriti Salon as the female lead. CLICK here to read ‘Samrat Prithviraj’s Box office collection.’ 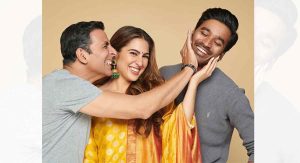 Despite bad reviews and less footfall at the box office Akshay Kumar is not going to stop, Rakhsha Bandhan will be added to a barrage of mediocre movies that he is doing. Apart from this, he will also be seen in Ram Setu, Mission Cinderella, and OMG2. He had played a beautiful role in the original omg which was loved by people one can only hope the sequel is at least as good as the previous one.  Rakhsha Bandhan starring Akshay Kumar will release on August 11, 2022 you can watch it in your nearest theatres. My ‘Dusky’ skin attributed to my sex appeal apparently: Bipasha Basu posted in acclamation of HUL. 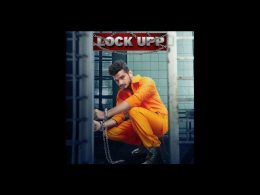 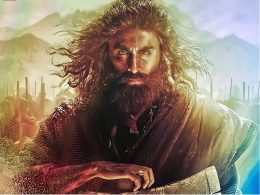 Sonu Sood as “THE SUPERHERO”.