Shamita Shetty got fainted during an argument with Devoleena .

Shamita Shetty got fainted in the arms of Karan Kundrra during a strong argument in the Big Boss house. Neha Bhasin assured them that she will be fine soon.

Big Boss season 15 is full of so dramatic chores. The everyday day a new episode comes with some kind of new ‘Dhamaka’. In the recent promo of an upcoming episode, we have seen that Shamita Shetty was in an argument with Devoleena Bhattacharjee. During which she got fainted and fell in the arm of co-contestant Karan Kundrra. After the whole house was in shock. On which Neha Bhasin assured that she will be fine soon.

After that ,Shamita Shetty and Devoleena Bhattacharjee were fighting on saving the prize money of their team. During which Devoleena said,” Ye tu tadak apne ghar pe Karna idhar nahi (Talk with some respect while you are here)”. On this Shamita Shetty said,” Where is your brain, darling? In your a**?”.

Devoleena continued as,” “Teri Shettygiri yahan par nikal doongi (I will show you your place)”. After this housemates were trying to hold them back from this fight. But both of them were not ready to take their steps backward. After a while, Shamita fell on the arm of Karan Kundrra. On which Rashami Desai said,” “If you can’t take criticism, it is her fault”.

Devoleena was standing beside her. He continued as,” Then she should also refrain from criticizing others”. According to the report, Shamita Shetty has been kept in the medical room. after getting well she will join the game again. On this Neha Bhasin posted,” Don’t worry Shamita will be fine. Can’t say much”.

Later in the video, we have seen that Karan Kundrra and Pratik Sehajpal were pushing each other. Before this, Rakhi Sawant has complained that contestants are not fighting with each other at all. 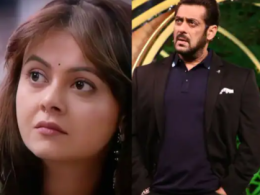 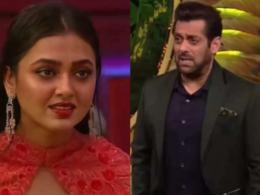 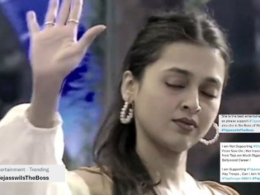 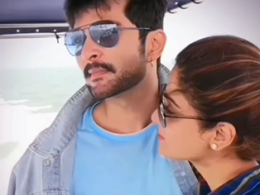