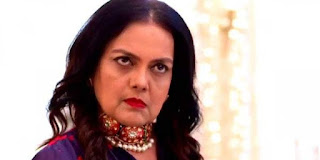 All of us have that one special person who is like a guardian angel helping us sail through in our life. Sushmita Mukherjee, the talented actor known for her versatile roles, forays into the world of web series with the role of a life coach inThe Zoom Studios recently released show ‘Imperfect’.

Sushmita, known for her role as Kitty from the famous 80’s detective show Karamchand has been entertaining audiences ever since. The actor will be seen as Simarjeet Sabharwal a.k.a. Simmy, a life coach to Isha Sanghvi, the lead protagonist of the show. The 55-year-old Simmy is playful, sassy, bossy and mischievous. She helps Isha rediscover herself and love herself the way she is.

Having been a well-known dancer who performed on some hit item numbers in films and danced her way into the audience’s hearts and enjoyed considerable fame, Simmy is not your stereotype typical Punjabi character. Though Simmy is glamorous, regal in her appearance and demeanor, she’s also a brazen freeloader. With a childlike curiosity and excitement, Simmy finds creative and unexpected ways to teach valuable philosophical lessons to Isha.

Talking about her role, Sushmita Mukherjee said, “I am very excited about my role in The Zoom Studios show ‘Imperfect’, as this is my first show for a digital medium. The shows made for digital platforms are finite and well scripted. I wanted to be part of such a series as it is relevant in today’s time and a sought-after medium. It also gives an actor the scope to play unconventional roles. The character I play is very different from the other roles I have portrayed on screen. I play the character of Simmy, a sassy and bossy woman, who has her own unique ways to teach Isha, the show protagonist, some life lessons and help her embrace her imperfections”.

‘Imperfect’, the romantic comedy unfolds the journey of 27-year-old girl Isha Sanghvi, who in her relentless pursuit of perfection faces a whirlwind of uncertainties that life throws her way and rediscovers herself when her fairy tale world gets shattered.