Tejasswi apologizes to Shamita Shetty for her behavior.

Tejasswi Prakash has tried to apologize to Shamita Shetty for her ill-mannered behavior by getting her take-off from the back of Karan Kundrra.

Big Boss season 15 is near its end but the fight between Shamita Shetty and Tejaswi Prakash is not going seems not going to end. Both of the girls have started their fight from starting of the season but there is no sign of ending their fights. During the elimination round of the Karan Kundrra seems to be a little upset with the Tejasswi Prakash’s behavior towards himself. After that Karan Kundrra asked Shamita Shetty for giving him a back massage.

For giving massage o Karan Kundrra, Shamita get on the back of him. As Karan Kundrra lay towards his stomach on the bench. As Shamita Shetty sat on his back and Tejasswi arrive at that moment. She got jealous and got insecure because of what she came towards. Tejasswi Prakash pull Shamita by her legs and took her down. After that she said,”inko bolo ye Karan Kundrra hai, inka boyfriend Raqesh Bapat nahi jiske upar aise chadh ke baithi hai”. During that Pratik, Sehajpal has saved Shamita by getting hurt. Later Shamita was sitting on the back of Pratik Sehajpal and giving a massage to him. On that Teja said,”ye dekho ye aunty iske upar bhi chadh gayi”.

Later Shamita said, “Bloo** insecure girl has been behind my life since the first day for this guy (Karan Kundrra) when she knows that I am not at all interested in him. There is a line Karan and she has crossed it today. And don’t you dare condone this behavior. There have been enough personal attacks made on me and I am not going to tolerate it anymore. She’s doing this inside Bigg Boss 15, in the outside world there are so many beautiful women will she keep running behind Karan Kundrra. People have made so many personal attacks on me in this house. Right from Afsana, Devoleena to everyone, how much can I tolerate?”. Later Teja apologized for that.

For more visit us on: – Bollywood Celebrity News 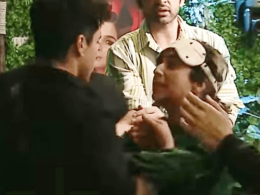 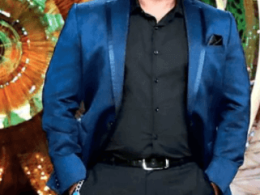 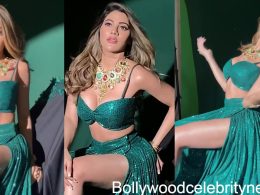