Home Entertainment The wait is over! Watch Allu Arjun’s ‘Pushpa’ in Hindi from this date on Prime Video
275 views
3 minute read

The wait is over! Watch Allu Arjun’s ‘Pushpa’ in Hindi from this date on Prime Video

The scope of the South film industry is no longer limited to the South only. Yes, a direct example of which is a report in the past. According to which, for the first time in terms of earnings in Indian film history, South’s industry topped, while Bollywood stood third in this matter.

At the same time, now this film has been released in the Telugu language on the OTT platform. But the Hindi audience need not be too disappointed, because this movie is going to be released in the Hindi dubbed version soon.

Let us tell you that last week when Allu Arjun’s film Pushpa – The Rise was released on Prime Video in Telugu, Tamil, and other South Indian languages, the Hindi-speaking audience was shocked by the fact that the film is doing such good business in the Hindi belt. Why is it not being released in Hindi then?

But now this complaint is going away and it is expected that this week ‘Pushpa – The Rise’ will also be streamed in Hindi.

It is noteworthy that after Akshay Kumar’s Sooryavanshi, ‘Pushpa The Rise’ is one of those recently released films. Which has emerged as the most popular and the film has done excellent business in theatres. At the same time, its earnings in cinemas in Hindi-speaking areas were quite shocking.

It is known that when the news of streaming the film on the OTT platform came, the fans were very happy, but they were disappointed to see it not in Hindi. But now its Hindi version is also ready to be launched and according to trade experts, the film was doing well in Hindi areas so there was a delay in streaming its Hindi version.

From this day Pushpa will be available in Hindi on OTT platform.

Let us inform you that ‘Pushpa – The Rise’ in the Hindi language will be streamed on Prime Video on January 14 on the occasion of Makar Sankranti. At the same time, the film has been streamed in Telugu and other South Indian languages ​​on January 7 and is getting a very good response. Let us tell you that this is the first film of Allu, which has been released in Telugu as well as Hindi.

This film is doing amazing at the box office…

According to the information, let us tell you that Pushpa has collected more than 80 crores net at the Hindi box office. On the other hand, the story of Pushpa is based on Pushpa Raj, a lorry driver and woodcutter, who indulges in sandalwood smuggling and becomes the chief of the syndicate on the strength of her guts and cunning mind.

Apart from this, if we talk about the cast of this film, Rashmika Mandanna is in the female lead role in the film, while Fahad Fasil has played the role of a police officer.

At the same time, let us tell you that the example of the increasing popularity of Tollywood is the film ‘Pushpa – The Rise’. At the same time, this popularity has taken the Tollywood industry to the number one position and in the last year 2021, the industry has earned a total of Rs 1300 crores. Apart from this, let us tell you that the Kollywood industry has also reached the second position in terms of earnings.

Superhit films like Dhanush starrer Asuran, Karnan, Master, and Jai Bheem in Kollywood received a lot of love and affection from the audience in 2021. Apart from this, the country’s largest film industry has slipped to the third position and according to the information received, Bollywood has earned only Rs 700 crore in the year 2021.

In such a situation, it would not be wrong to say that the year 2021 was not that good for the Bollywood industry. As much as Tollywood and Kollywood industries have created a lot. 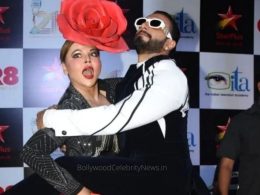 What did Rakhi Sawant do by holding Ranveer Singh’s leg? Watch Video 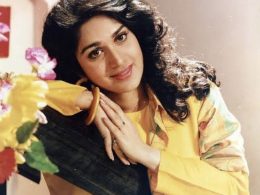 Now this is how Meenakshi Sheshadri looks, fans were shocked to see the new look 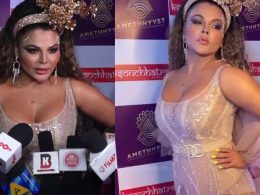 Rakhi Sawant came in front of the camera wearing such a dress, the senses of those who watched VIDEO