Bollywood’s diva Kareena Kapoor never fails to give her fans some major BFF goals by posting pictures with her girl gang. Recently, the Good Newwz actress shared a nostalgic throwback picture on her social media with her BFF Amrita Arora and the picture just depicts the strong friendship bond the two stars share. The picture was clicked 20-years back and shows the two during their initial career days.

Kareena took to her Instagram page and reposted a picture shared by lawyer Kaajal Anand. In the picture which is from 20-years-back, the two stars can be seen donning casual outfit while happily posing for the camera. While captioning the picture, Kareena thanked Kaajal for sharing an amazing memory with her and also captioned it with “#BFF goals.”

Her friend Amrita was the first one to drop a beautiful comment under the nostalgic memory shared by Kareena. In the comment, Amrita reminded Kareena about the picture which was clicked 20-years back and also jokingly wrote how the two of them are looking like babies.

Apart from the two stars, several fans of the actress also stormed the comment section with their love for the throwback picture of the two gorgeous ladies. One of the users wrote that Kareena Kapoor is the queen of having lockdown nostalgia as she frequently shares pictures of her BFF’s. Another user praised the beauty of the two and wrote that both are looking beautiful in the picture. A third user called her “baby bebo,” after seeing the old picture. Another user wrote that both are looking just fabulous.

Sometime back, Kareena shared a picture with a pout similar to the one shared by her sister and actress Karisma Kapoor on her Instagram story. In the picture, the two sisters can be seen wearing the same green face mask, which very well explains their quarantine mood.

Kareena Kapoor Khan will also be seen sharing the screen space with Ranveer Singh, Alia Bhatt, Bhumi Pednekar, Vicky Kaushal, and Janhvi Kapoor in the much-anticipated period drama, Takht, which follows the story of lust for power and throne between family members. As per reports, Kareena will be seen as Jahanara Begum onscreen. Reportedly, Kareena Kapoor Khan is also currently in talks for a sequel to Veere Di Wedding. 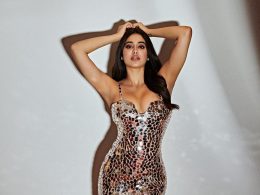 Janhvi Kapoor showed her beauty in a dress with a deep neckline, fans were intoxicated after seeing her bold avatar 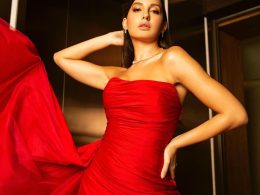 Nora Fatehi is in bad condition due to Corona, it has affected me badly 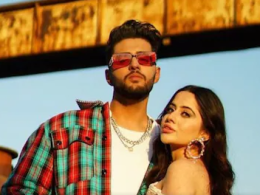 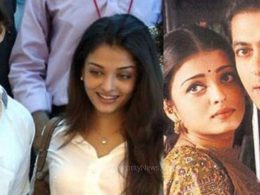