Tejasswi Prakash is the Winner of Big Boss season 15.

Big Boss season 15 Grand Finale has been conducted last day. There were so many of the Big stars has joined the stage during the grand finale of this season. Rubina Dilaik , Shenaaz Gill , Deepika Padukone and many more . During that Karan Kundrra and Tejasswi Prakash has given the couple performance. After that Shamita Shetty and Raqesh Bapat has given the romantic couple performance.

After that, we have seen that Tejaswi Prakash has been announced a Big bOss season 15 winner. She has shared this on her Twitter account. She has extended her thanks to all of her fans and followers to make her the winner of this season of Big Boss house. Tejasswi Prakash has won the trophy with the cash prize of 40 Lakh rupees. With that Pratik, Sehajpal has become the first runner-up and Karan Kundrra got the third position. After that Shamita Shetty has got fourth place and Nishant Bhatt has got fifth place with the hat he has also grabbed 10 Lakh rupees.

Tejasswi Prakash has shared about this on her Twitter account. She captioned,” Thank you #TejaTroops and everyone who made this dream come true! A dream come true after 4 months of a very challenging journey! The trophy comes home!!! #BigBoss15 #BigBoss #TejasswiPrakash #TejaTroops #TCrew “. Pratik Sehajpal was also the famous contestants of Big Boss OTT. During the Grand Finale Deepika Padukone has joined the stage for the promotionof her upcoming film “Gehraiyan”. She has come for promotion with Ananya Pandey, Siddant Chaturvedi, and Dhairya Karwa. During this Salman Khan has remembered the Siddharth Shukla.

For more visit us on :- Bollywwod Celebrity News 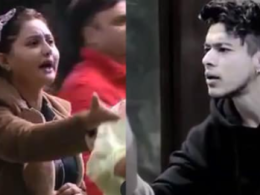 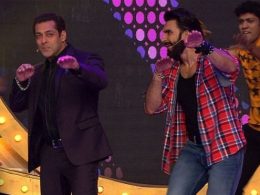 Ranveer Singh and Salman Khan together at the stage of Big Boss 15. 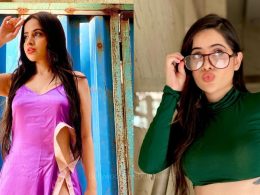 Urfi Javed shared a SS of a se*ual abusing conversation with director.